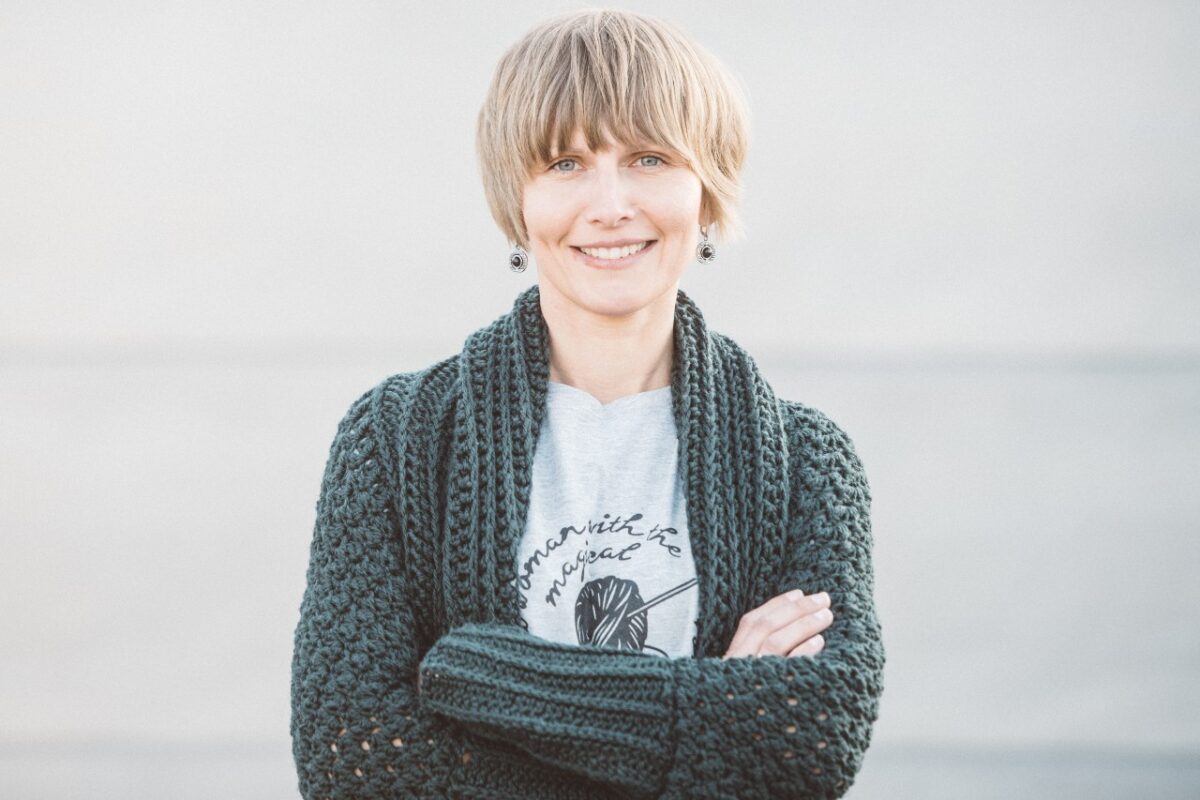 I am Mari-Liis – one of just a million Estonians living in the whole wide world, the engine of lilleliis brand, and a true fan of amigurumi for over 13 years already.

I´ve created hundreds of crochet toys and written patterns used by tens of thousands of people around the world.

I´ve published 3 worldwide successful books – “Magical Amigurumi Toys”, “Cuddly Amigurumi Toys” and “Lovable Amigurumi Toys”. Along with English and my native language Estonian, my books have been translated into Dutch, Spanish and Korean.

I’m on a mission to make the world a little more joyous through the power of amigurumi. A toy made with true love is the greatest gift of all and will be treasured by children for its power to comfort and delight, or for being able to chase away bad mood or a scary dream.

For a long period of life, playing piano was my everything. My journey from music to handicraft has been like a beautiful dream. I consider my children as the main “culprit” and the initial shove towards crocheting.

As a stay-at-home mom, I had enough free time and the drive to do something enjoyable with it. I experimented with different things, including a sewing machine and knitting needles. Until one winter’s eve, I brought home a crocheting hook and a book explaining basic techniques. That sparked my passion for crocheting – when I learnt about the amigurumi technique, I felt an incessant need to create something.

Crafting toys was love at first stitch. After trying out instructions from the Internet, I wanted to invent my own patterns. My toys combine in them the Japanese amigurumi technique and the teddy bear tradition loved in my country Estonia and all over Europe. The animals and dolls, which are very easy to crochet, are inspired by children and created for them for playing.

It has been a wonderful journey, for which I have to thank primarily my children – the source of my inspiration – and my husband, who does not mind that I still play with dolls. My warmest thanks go out to everyone whose attention and kind words have given me the drive to continue.

Since 2011 I have published my original designs as written patterns on my website, online shops and books. Along with English and Estonian, my patterns have been translated into more than 15 languages.

In spring 2014 Estonian publisher Varrak released my first book „Võluväega mänguasjad“ which was a huge success. In 2016 Meteoor Books based in Belgium released a slightly reduced version of it in English (“Magical Amigurumi Toys”) and Dutch, soon followed by translations into Spanish and Korean.