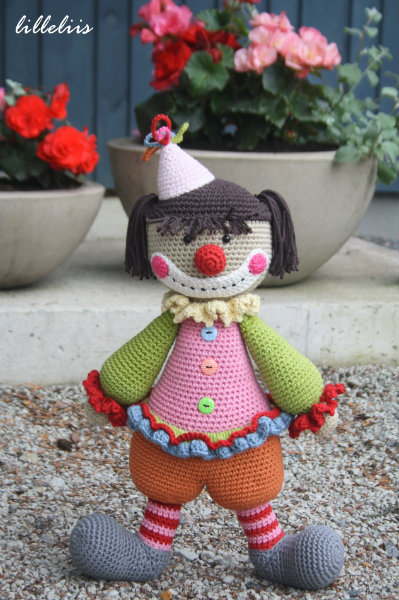 I will have to start with saying that after the TV clip my Chatterbox the Clown became unexpectedly popular. Many people saw him there in the swinger and asked if there is a pattern written of him. Also there was a lady who contacted me a few days after the broadcast and said she wants to buy the clown for her son. And, she wants one more for her daughter but that should be a girl clown. Well that sounded interesting. For me the clown is a boy and at first I coudn`t imagine how I could turn it into a girl. I worked the entire week and ended up with Gambol the Clown. 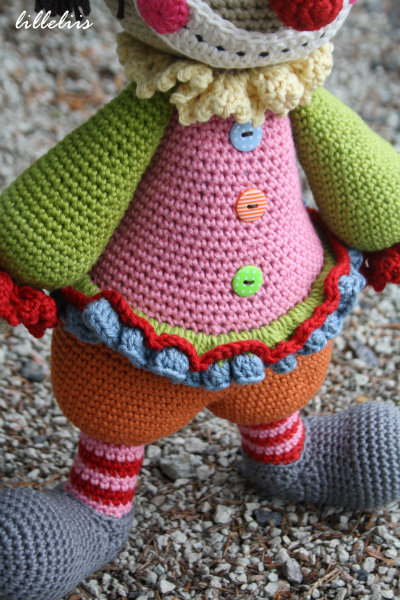 I wanted to keep the basic model as similar as possible. Therefore I didn`t make a huge dress but more like a tunic with ruffled skirt like edging. 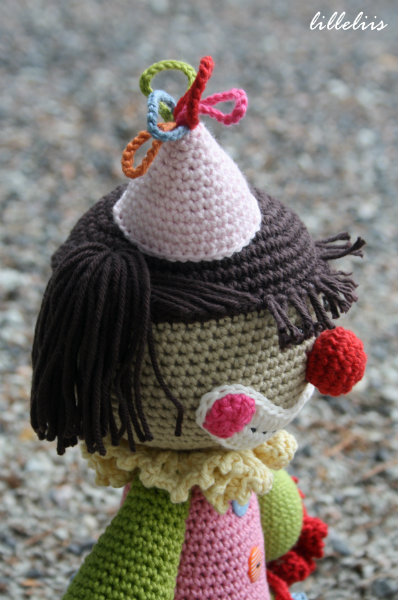 I added funny pony tails and the fringe. And of course the party hat. 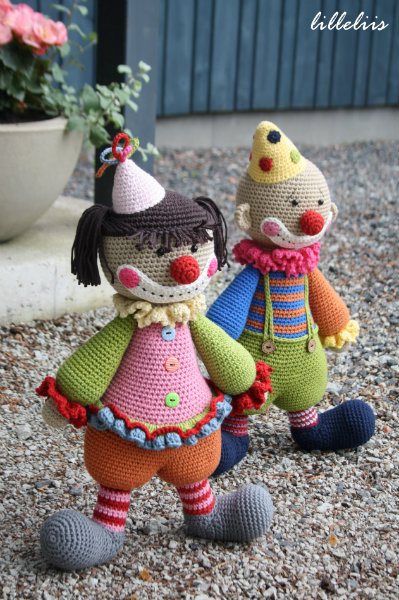 Here they are together, before going to their new home. 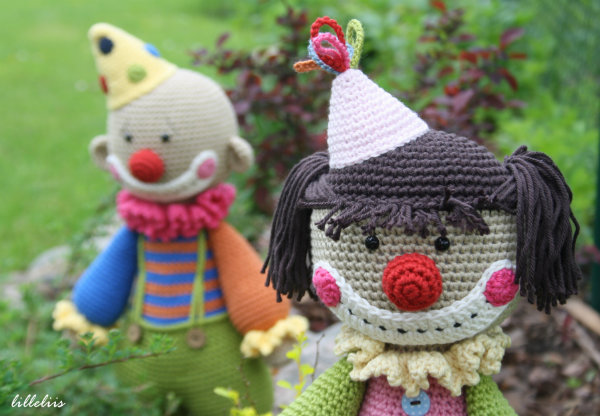 8 thoughts on “The clown can be a girl too!” 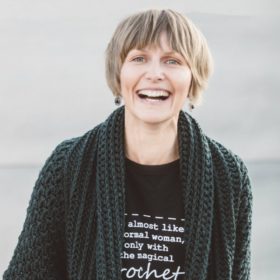 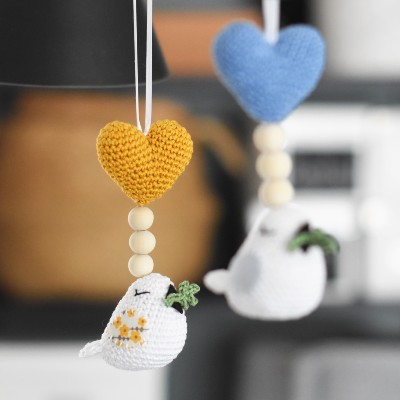